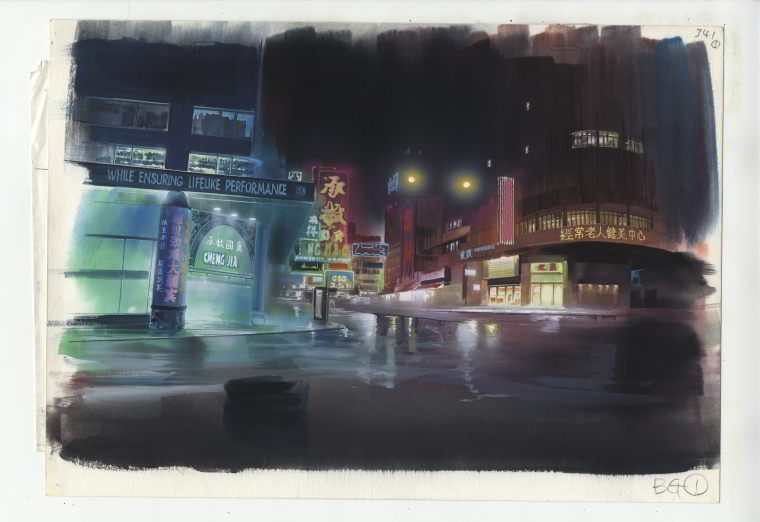 Anime Architecture traces the architectural world-building process of Japan’s most influential animated science fiction films. In order to highlight the artists, designers, and directors of the meticulous backdrops that bring to life the futuristic urban environments of anime, curator Stefan Riekeles of Berlin spent years compiling these works. The Morikami Museum & Japanese Gardens is the only U.S. venue hosting this special exhibition.

From location photographs and concept sketches as detailed pencil drawings through to final expressions as cells in full color, Anime Architecture reveals some of the intricacies of the creative processes behind Japan’s ultramodern animated films. More than 100 works on exhibit include clips of Patlabor: The Movie, Tezuka Osamu’s Metropolis, Ghost in the Shell, and Ghost in the Shell 2: Innocence. Among the beautiful hand-illustrations are works by famous animators: Ogura Hiromasa, Watabe Takashi, Higami Haruhiko, Oshii Mamoru and Takeuchi Atsushi. All of these artists worked during the peak of the use of hand-drawn techniques in animation; this has become a fading art form as artists today construct most films digitally from conception to completion. 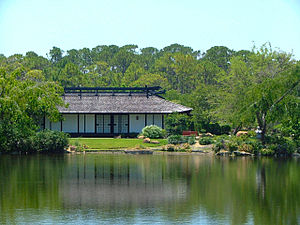