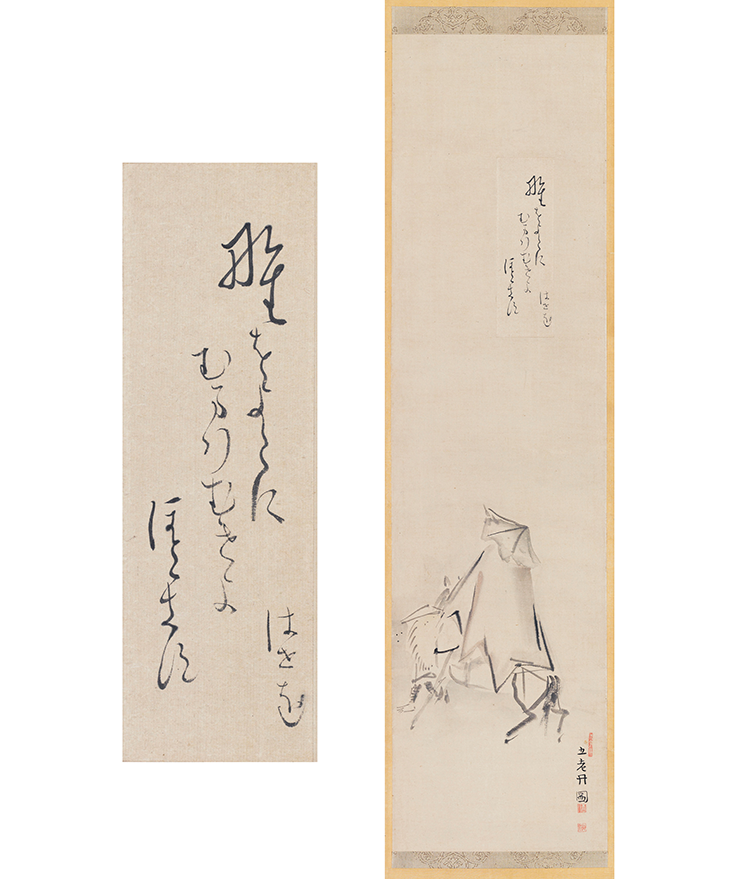 330 Years since Oku no Hosomichi, The Narrow Road to the Deep North
The World of Bashō

It was in late March of Genroku 2 (1689) that Matsuo Bashō (1644–94), haiku poet active in the first half of the Edo period, left Edo to the Dewa region of northern Japan, traveling around Matsushima and Hiraizumi. He then continued to travel through Echigo, Ecchū and Echizen, the coastal provinces of north-central Japan, reaching Mino-Ogaki in late August. It was in April of Genroku 7 (1694) that he compiled the travelogue, Oku no Hosomichi (or Narrow Road to the Deep North). The year 2019 marks the 330th anniversary of this journey. To commemorate this special year, we will show the art works related to the world of haiku, by displaying calligraphy and paintings of Bashō as well as of those who admired him.