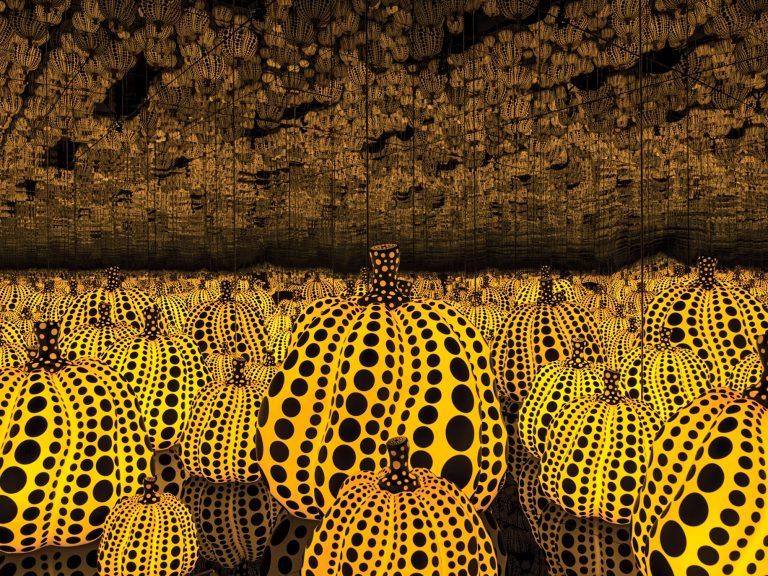 Instagram may have only recently discovered Yayoi Kusama, but the Japanese artist has been pushing the limits of avant-garde art and making international headlines since the early 1960s, shortly after she arrived in New York City and had her first solo show. The artist’s story of struggle and triumph resonates with a new generation; as proof, fans in some cities have waited in line for up to six hours to spend 45 to 60 seconds in one of her famed Infinity Rooms.

As a young artist, Kusama invented a unique visual language, characterized by repetition of colored forms. In 1965, she had her first immersive chamber, Infinity Mirror Room – Phalli’s Field. Since then she has created distinct rooms in which viewers become an integral part of the art. One of these rooms, All the Eternal Love I Have for the Pumpkins, which was acquired by the Dallas Museum of Art in 2017, is on view at Newfields. In this installation, the glowing gourds are adorned with her signature polkadot pattern, which creates the sensation of standing in an endless field of Kusama’s pumpkins. 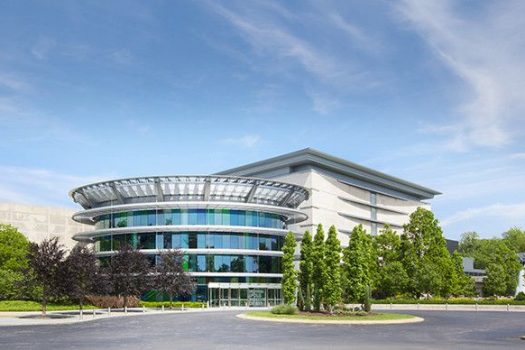