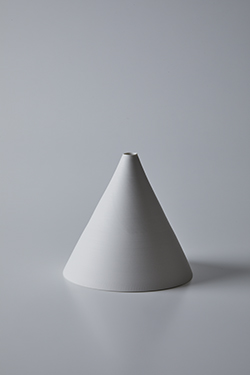 TAIZO KURODA’S ‘PURE WHITE’ IS THE COLOUR OF HIS SPIRIT THAT NEVER STOPS IN PURSUIT OF THE TRUTH. ―Ando Tadao, Architect

Kuroda Taizo (1946– ) is known worldwide for his graceful, tranquil white porcelain works. He traveled to Paris at the age of twenty and experienced the art of pottery for the first time in Canada in 1967, which led him to working on it with great interest. After his return to Japan, Kuroda held his first solo exhibition in 1982. White porcelain became the center of his creative activities since 1992, when he first showed his white porcelain works to the public.
Kuroda’s white porcelain works are thinly potted and, while having a delicate, tense outline, their surfaces display soft, elegant circular wheel marks, each work delivering its compelling charm. He compares the creation of white porcelain to expressing “a word between ‘yes’ and ‘no’”. In other words, he views his works as forms of expressions that cannot be explained in words.

This exhibition showcases approximately sixty white porcelain works by Kuroda, mostly from the collections of Ise Cultural Foundation and The Museum of Oriental Ceramics, Osaka. The artist’s world is introduced through his major works, from vases, having particular forms that have drawn inspiration from the meiping vase, to “cylinders,” which are simple forms comprising straight lines and circles, naturally made out of the rotation of the potter’s wheel. 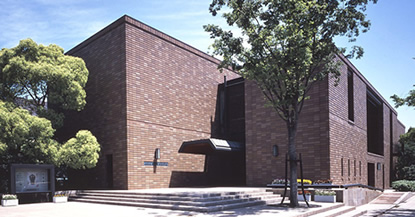 The Museum of Oriental Ceramics, Osaka