The Senbon Shakadō, or Daihō’onji Temple, is a well-known treasure house of Kamakura sculptures. This exhibition commemorates the 800th anniversary of its founding in 2020, and showcases masterpieces proudly created by the Keiha School of Buddhist sculptors in one place. The collection of masterpieces by the superstars of Keiha school that appeared before in Nara National Museum’s “Kaikei Exhibition” in 2017 and Tokyo National Museum’s “Unkei Exhibition” will be displayed.

Shaka Nyorai, the treasured legacy of Kaikei’s top disciple, Gyōkai, Kaikei’s masterpiece created in his last years: Ten Major Disciples of Buddha, and statues of the Six Manifestations of Avalokitesvara by Higo Jōkei. These three Important Cultural Properties can be seen in 360°, or even pay your respects if you wish to do so. Photography is allowed for all six statues of the Six Manifestations of Avalokitesvara in this exhibition. (The exhibition in Tokyo only allowed photography for one statue, the Standing Sho Kannon Bosatsu). 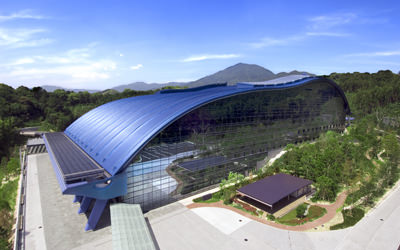