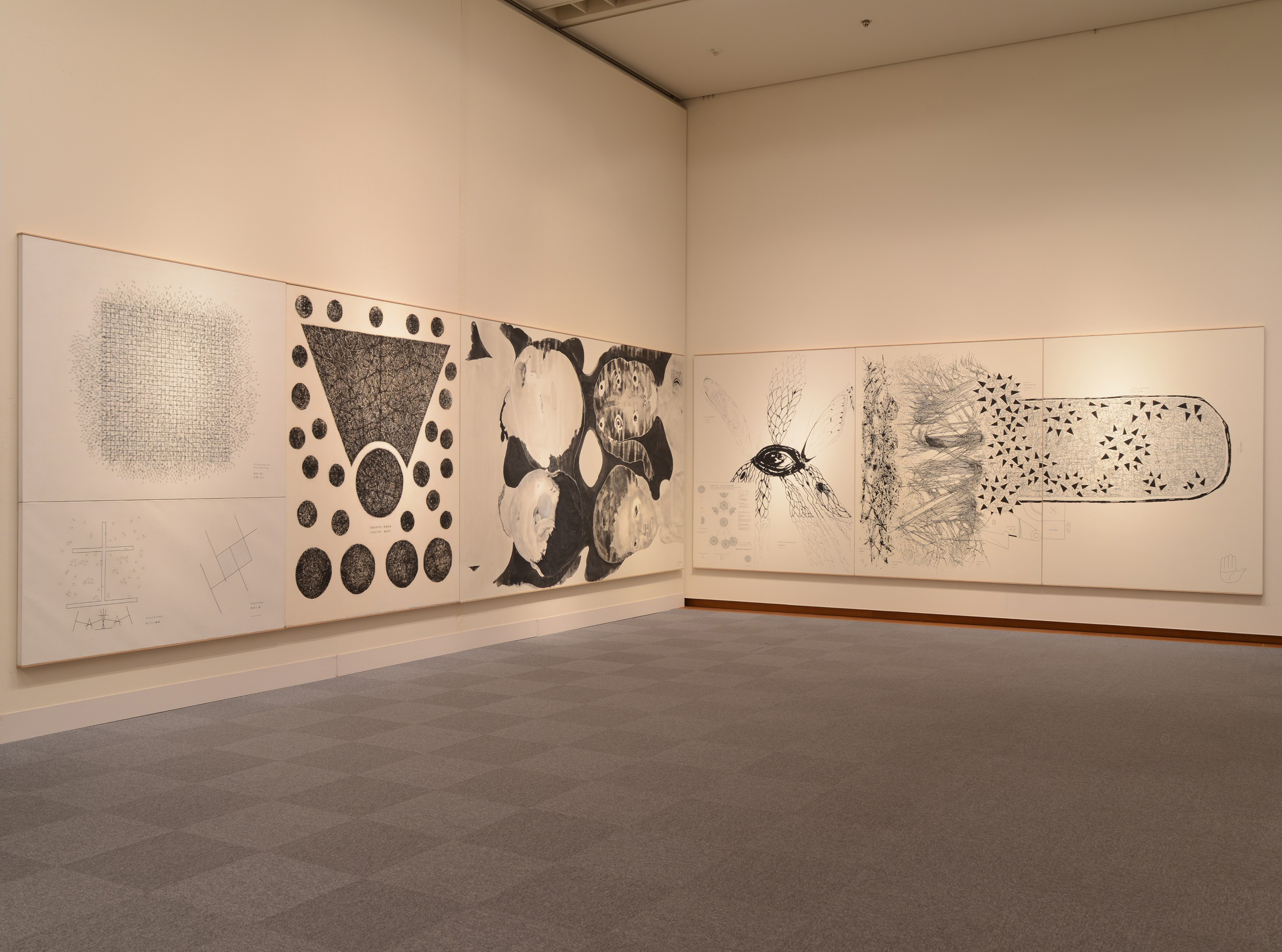 Earth Attack is a large-scale painting project by 10 artists representing 1960s Japanese pop art; Okamoto Shinjirō, Ichikawa Giichi, Ōtsubo Miho, Kobori Reiko, Shimizu Yōko, Shirai Mio, Matsumoto Akira, Yamaguchi Keisuke, and Wang Shuye.  Triggered by the terrorist attacks on the United States in 2001, this project focuses on the explosions and wars’ influences on the earth and human beings living through it, including from the air raid bombing in Tokyo and nuclear attacks in Hiroshima and Nagasaki in 1945 to the ongoing conflicts worldwide.  In contrast to the serious theme, this collaborated work of some 150 pieces of paintings is characterized with a lightness of expression.  In this exhibition the completed work measuring 200 meters long is revealed for the first time after 17 years of production.