The 21st in the series of Rinpa exhibitions of the museum features Nakamura Hōchū (?-1819), which commemorates the 200th anniversary of his death in 2019.  Hōchū was born in Kyoto during the late Edo Period and is known as a Rinpa artist who was active in the Osaka area.

In the beginning of his career, Hōchū formed a close friendship with literati groups in Osaka and produced numbers of landscape paintings in the literati style (bunjinga).  He was also known as a master of shitōga, or paintings drawn with utensils other than brushes, such as fingers.  Inspired by Ogata Kōrin (1658-1716), who had been drawing people’s attention as a free-spirited painter at that time period, Hōchū created many flowers and birds paintings using tarashikomi, or dripping technique, which was a specialty of the Rinpa School, and became favored widely as a Kōrin-styled painter.  Meanwhile, Hōchū had loved and practiced haiku poetry throughout his life, and engaged in production of many haiku paintings and illustrations for haiku books while having frequent interactions with a lot of haiku poets.

This exhibition introduces various works of Hōchū whose loose expression has earned a reputation as “kawaii” (cute) these days.  In addition to his Rinpa-styled flower and birds paintings on fans and folding screens and the highly popular woodblock printed book, Kōrin Painting Manual (Kōrin Gafu; published in 1802/Kyōwa 2), many examples of literati-styled landscapes, shitōga, haiku paintings and illustrations exhibit the heartwarming and adorable world of Hōchū’s painting. 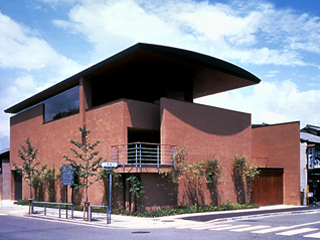