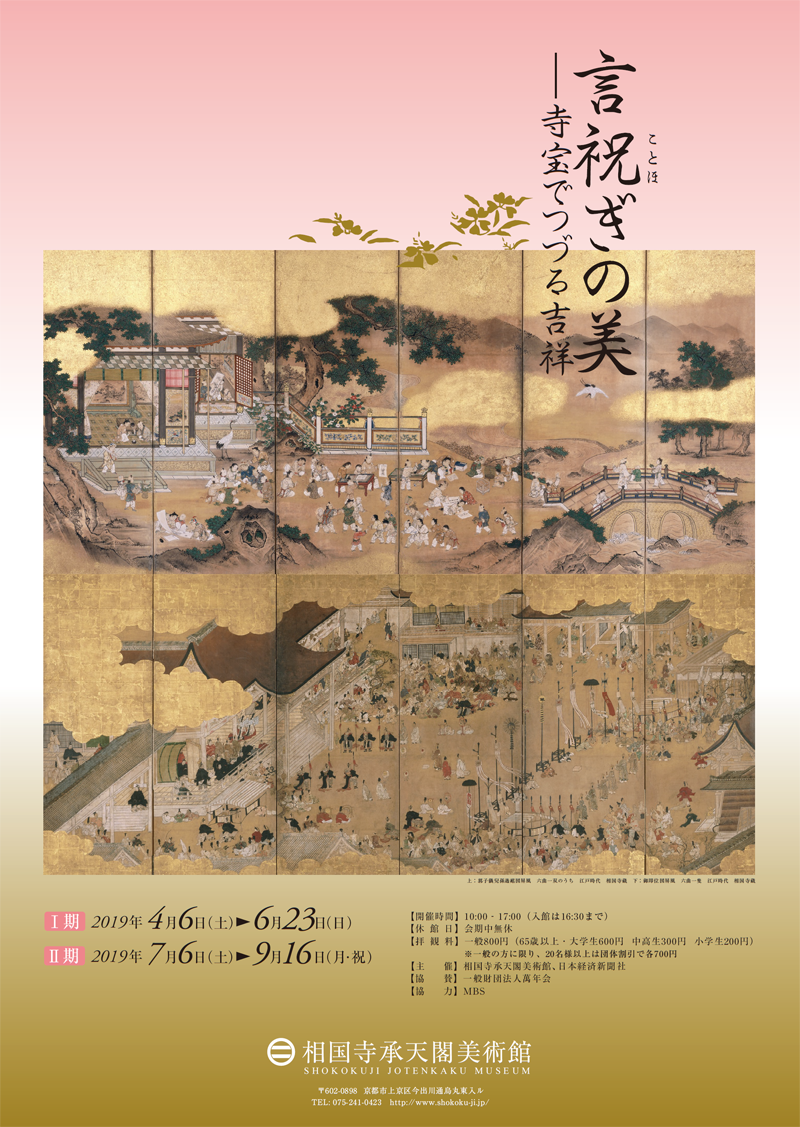 Beauty of Kotohogi: Auspicious Symbols in the Treasure of Shōkokuji

Kotohogi means verbal celebration.  The spiritual power to alter reality resided within words, kotodama, has been believed for centuries in Japan.  The faith in the power of language has been providing the foundation of Japanese culture, especially in literature such as waka poetry and stories.  The things expressed with words have been transformed visually into paintings and designs which can be found in various artistic works and crafts handed down to the present time.

Praising joy with words has been an essential gesture to mark the stages of life, such as celebrating a new year and congratulating longevity.  Various ceremonies have been created for those occasions and numbers of art works associated with them have been produced.

Prayers are also an act to symbolize the sacredness of kotohogi.  Offering graces to gods and Buddhist deities has borne fruit in religious arts and the decorated spaces of shrines and temples.

As the celebration for this year of enthronement of the new Emperor Naruhito, the Shōkokuji Jōtenkaku Museum exhibits the treasures which are related to the Imperial Household with other masterpieces from the collections of Shōkokuji, Kinkakuji and Ginkakuji.