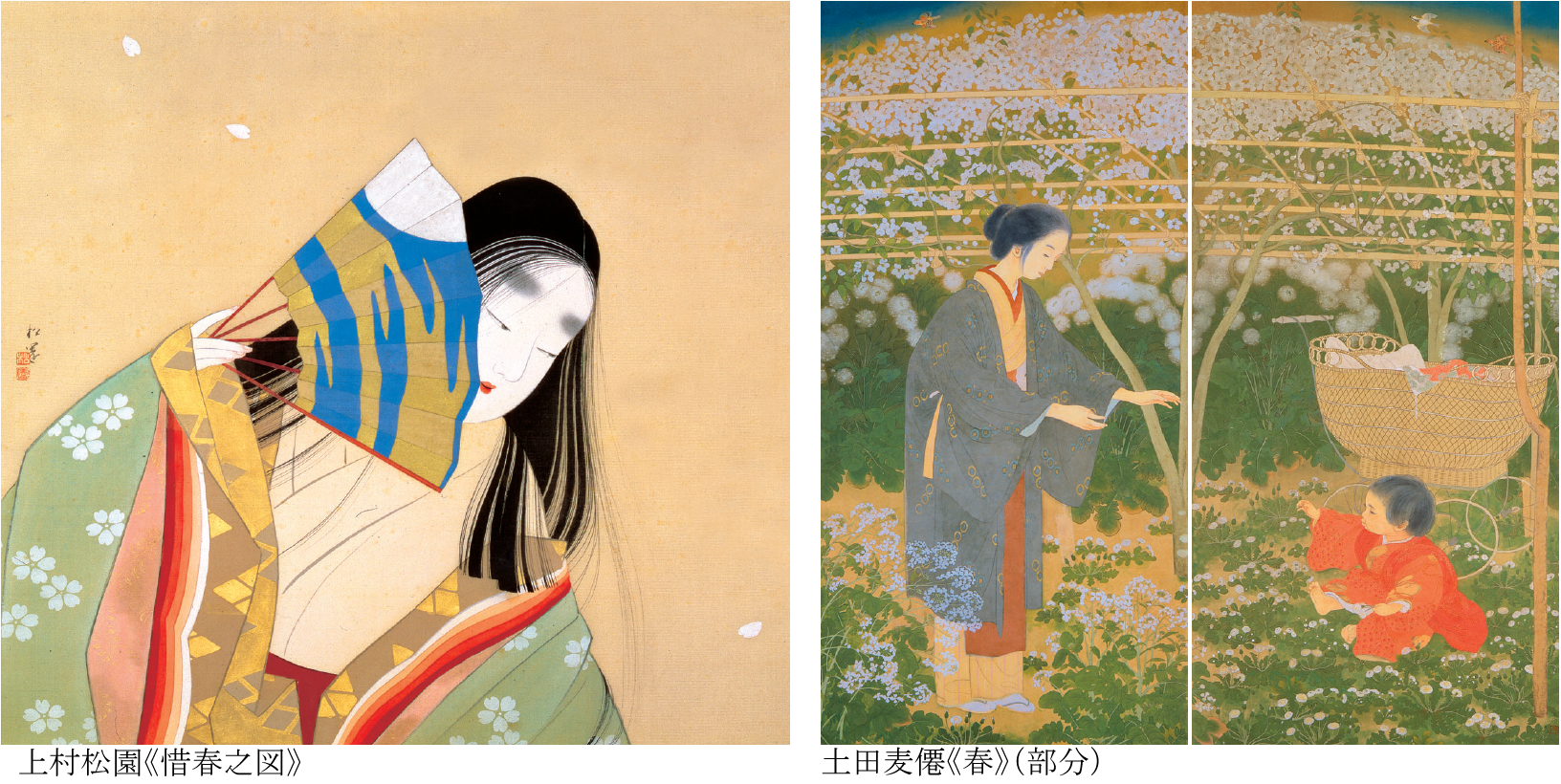 When speaking of bijinga, the paintings of beautiful women, one may recall the ornate expressions found in ukiyoe produced during the Edo period. Itō Shinsui, an artist who was active during the Taisho and Showa periods and specialized in bijinga, however, speaks to the origins of the name bijinga while remembering how Bun ten (1907 – 1919), the art exhibition sponsored by the Ministry of Education, had flourished with successful artists such as Kaburaki Kiyokata, Uemura Shōen and Kitano Tsunetomi from the end of Meiji to the succeeding Taishō period. Among their works we can find a brand new expression of female images presented by a group of modern Japanese artists who first studied ukiyoe and then moved on to devote their talents to creating a style of painting which was suitable for the new era. A sincerity in their vision and effort definitely contributed to the great public acclaim that works of modern bijinga earned at that time.

In this exhibition, visitors are introduced to a world of feminine beauty through artworks including those created by the two masters of bijinga, Kaburaki Kiyokata and Uemura Shōe, who are known as “Kiyokata in the East and Shōen in the West.”