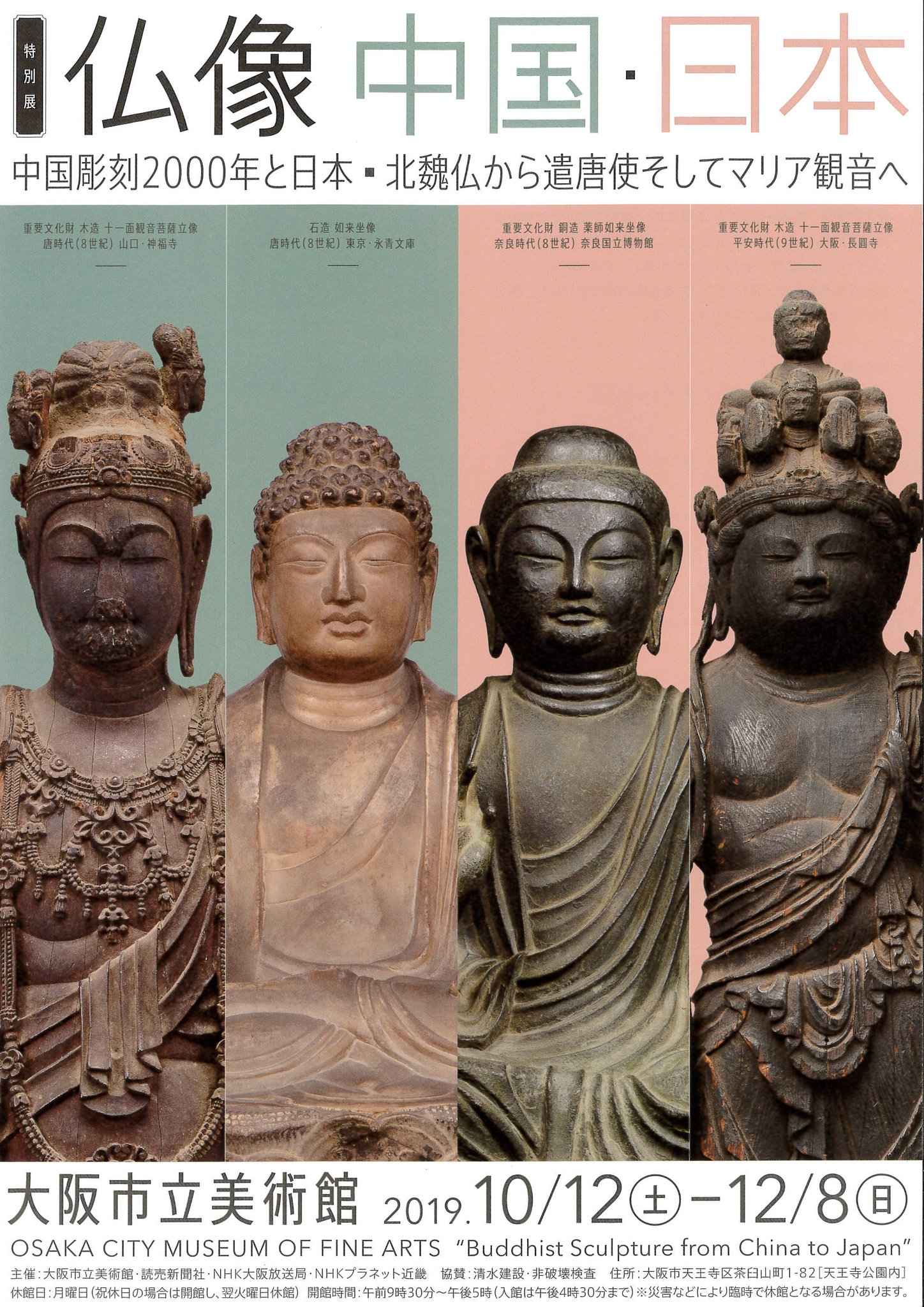 Buddhist Sculpture from China to Japan

Numbers of Buddha statues and paintings made in China had been imported to Japan throughout history and greatly influenced the appearance of the images of Buddha created in Japan.

The exhibition consists of 5 sections which are chronologically divided:  “expression of human figures in ancient China — from the Warring States to Han Dynasty,”  “emergence and spread of Buddha statues,”  “what was brought by the emissaries to Sui and Tang Dynasty,” “advent of Zen Buddhism and ‘Song-style’ sculpture” and “encounters with the new Buddhism and Christianity.”  The transition of Buddha statues over 1000 years is introduced with examples of Chinese Buddha statues created from the Northern and Southern Dynasty period (420-589) to Chin Dynasty (1616-1912), along with the related Japanese statues.