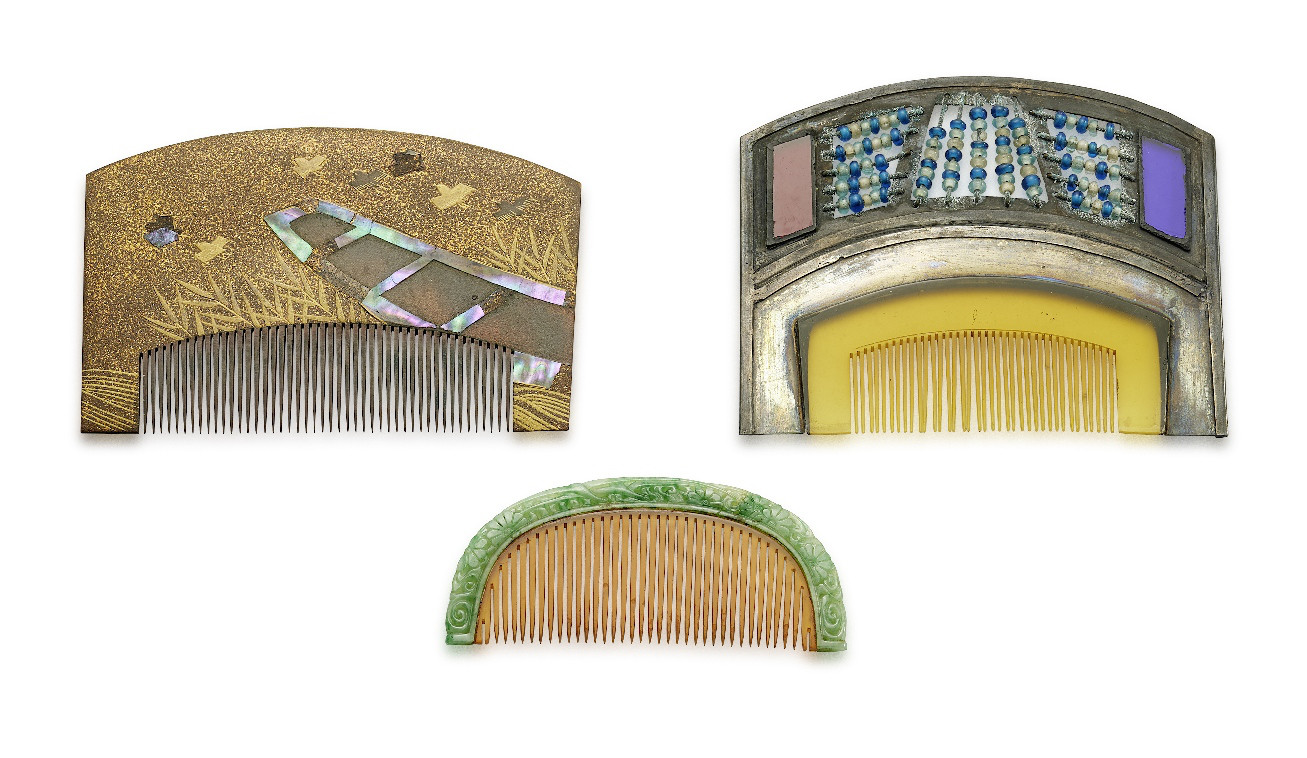 Crowning Glory: The Beauty of Ladies’ Ornaments from Asia and Europe

Liang Yi Museum is delighted to present Crowning Glory: The Beauty of Ladies’ Ornaments from Asia and Europe, a landmark exhibition exploring the role women’s clothing and accessories played in the social construction of gender and identity from the late imperial era in China and Japan to the early modern period. The compelling selection features over 250 exhibits, including objects of everyday use from traditional Chinese furniture associated with the boudoir; Japanese hair ornaments and silver pieces; to textiles from both cultures. The aim of the exhibit is to provide an insightful view into the traditional and modern concept of female beauty in the East, and its dilution and evolution upon the introduction of Western notions, morals and ideas. The exhibition will open on the 17th September, 2019 and run until the 27th February, 2020.

Building on the success of the March exhibition Chrysanthemum and Dragon: The Art of Ornamentation in Japan and China in the 17th – 19th Century, which marked the debut of Liang Yi Museum’s recently acquired Japanese collection, Crowning Glory will further reveal more of the Museum’s Japanese collection and its continuous research in the design, craftsmanship and heritage of Asian art. While the former exhibition focused largely on scholars and the literati, who were mostly men, this show takes a closer look at the other half of society: women.

Clothing and accessories have been a mirror of aesthetic and cultural progression for nearly all of human history. They provide an exceptional field for studying how people interpret a specific form of culture for their own purposes and everyday self-presentation. As both Chinese and Japanese society are deeply rooted in Confucian beliefs, for centuries the rights of women from the two countries have been limited to being subordinates, or at best, satellites to men. Low literacy rates, minimal property rights, and a small voice in public affairs made women the ornaments of the family and were so accordingly accessorised.

Geographical location, climate, culture, history and customs are some of the usual factors that shape each society’s perception of beauty. The narrative of the exhibition therefore unfolds with a first section, which provides a visual reference to traditional beauty standards in China and Japan with paintings and illustrations, including woodblock prints from the renowned series “Mirror of Historical Eras” (Jidai Kagami) by Yōshū Chikanobu (1838–1912).

The heart of the exhibition sees a display of selected artefacts include wooden objects, textiles and hair ornaments, used and worn by traditional Chinese and Japanese women from the 17th to the 19th century. Under the patriarchal structure of a Chinese family, a woman was confined to the domestic sphere; and hence she would have spent most of her time in her private chamber. A bed was the most important part of a woman’s dowry, and was one of the very few objects that would remain in her possession regardless of divorce or widowhood. It was also the symbol of her status within the family. Similarly, Japanese garments and ornaments – even hairstyles – reflect a wearer’s cultural identity and social status. During certain periods, the choice of a hairstyle could be used to distinguish between a courtesan, an actress, or an aristocrat. The choice of hair ornaments, like kimonos, was also season-sensitive. With distinctive seasons in Japan, Japanese craftsmen utilised the visual vocabulary of each season as decorative inspiration.

Cultural exchanges of ideas are never one-sided: The West was also influenced by the exotic cultures of the East. Traders and missionaries based in the “Paris of the Orient” (Shanghai) as well as other designated port cities of China, introduced Chinese fashion back to their home countries. The last section of Crowning Glory features a selection of European vanities from the Museum’s permanent collection, with a particular focus on objects influenced by Chinoiserie and Japonism from the 1920s to 1930s.

To ground the exhibition in real-life examples and social context, there are also four dedicated galleries where visitors will be able to immerse themselves in the lives of four Chinese women – Wu Jiangxian, Yuan Dashe, Guan Daosheng and Mo Shuying – all of whom made significant contributions to literature, art or politics from the Sui Dynasty (569 – 618) to the modern day. The gripping exhibition hence not only showcases the distinctive craftsmanship and creative expression of the two countries, but also presents an invaluable record of the progress of human history, inviting visitors to join the global conversation on the changing social consciousness on women’s evolving identity and social status.

An illustrated catalogue will accompany the exhibition and includes a foreword by the director of Liang Yi Museum; essays by the curator and other scholars addressing the historical, cultural, sociological and aesthetic dimensions of selected works, available for purchase at the Museum. Free monthly talks featuring a line-up of distinguished speakers have been organised to complement the exhibition. More details can be found on Liang Yi Museum’s website, as well as Facebook, Instagram and Wechat.