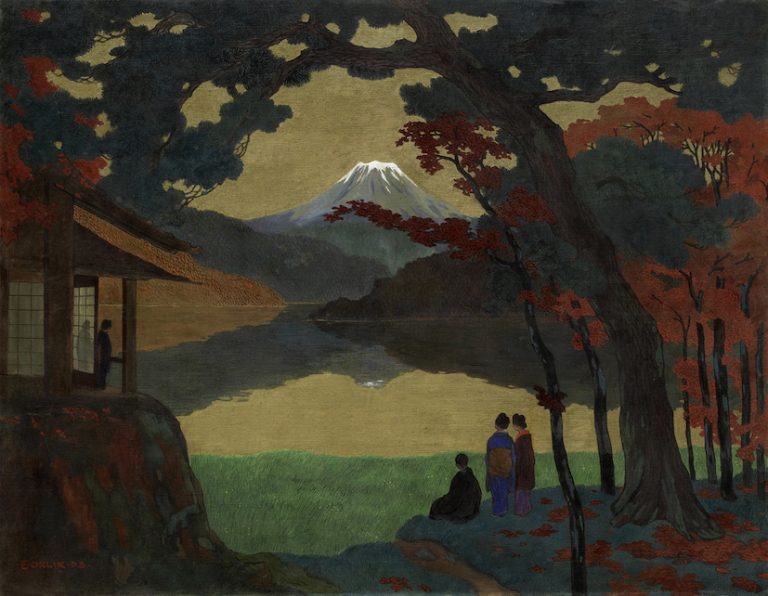 In 1853, Japan reopened its doors to the rest of the world. Mysterious and different, it was love at first sight, influencing art throughout Europe.

Palazzo Roverella is staging a fascinating and elegant review of the works of great European artists such as Van Gogh, Gauguin, De Nittis, Degas and Bonnard, taking visitors on a voyage of discovery of the new art form inspired by the masterpieces, influences and innovations bestowed by Japan on western culture.

Will you too fall in love with Japan?

In 1853, and after two centuries of isolation, Japan reopened its doors to diplomatic and commercial relations with the rest of the world. For European artists, it was like opening a previously sealed and inaccessible Pandora’s box – except that, instead of the evils and miseries of the world, it revealed a priceless artistic and cultural heritage to be admired, studied and imitated, and above all, from which to draw inspiration.

Perceived as mysterious and different, Europe instantly fell in love with Japan, giving life to a veritable fashion that influenced the most diverse fields of western art and culture, and soon took the name of “Japonism”.

The exhibition is split into four sections, reflecting the four great Universal Exhibitions that bridged the gap between Japan and the western world, starting with the London World’s Fair of 1862, where this new love affair first began and where a wealth of Japanese products were first admired.

A triumph of porcelain, clothing, lacquers, ukiyo-e prints and fans that, a few years later, also conquered Paris (then considered the world capital of art), before spreading across Europe.

Thus triumph contaminated and continues to contaminate every sphere of artistic expression throughout Europe: to this day, almost two centuries on, that inestimable treasure trove continues to offer western culture precious gems from which to draw inspiration.