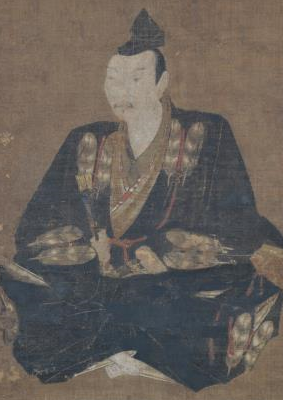 Kikuchigawa (Kikuchi River) is a class A river running through Kumamoto Prefecture which has its headstream located at the southern foot of Mount Onodake.  Because the river is clean and rich in minerals, vast extents of rice paddies have developed in its basin since ancient times and has grown into a fertile granary.  The enormous wealth produced by the river led to exchanges with other regions ofinJapan, and later with the continent.

In the second half of Heian period, the Kikuchi clan had settled in this area and had organized one of the strongest warrior forces in Kyushu.  The strength and power of the clan was widely recognized through the battles against the Mongolians’ attempts of invasion and the turmoil during the following Nanbokucho period.  On the other hand, the clan’s faith and sincere gestures of devotion to Buddhism, such as establishing a Zen temple by inviting Daichi Sokei, a high priest of Sōtō sect, should be also noted.

This exhibition commemorates the designation of “Two Millennia of Rice Cultivation:  The Kikuchigawa River Basin” as a Japan Heritage in April 2017 (Heisei 29) and introduces various cultural artifacts associated with Kikuchigawa together for the first time, including one National Treasure, 14 national, 17 prefectural, and 7 municipal Important Cultural Properties.  The exhibition provides an opportunity to experience the unique Kumamoto culture by tracing the history of the Kikuchigawa basin: understanding how the ancient culture had formed and developed, and how that led to the success of the Kikuchi clan.