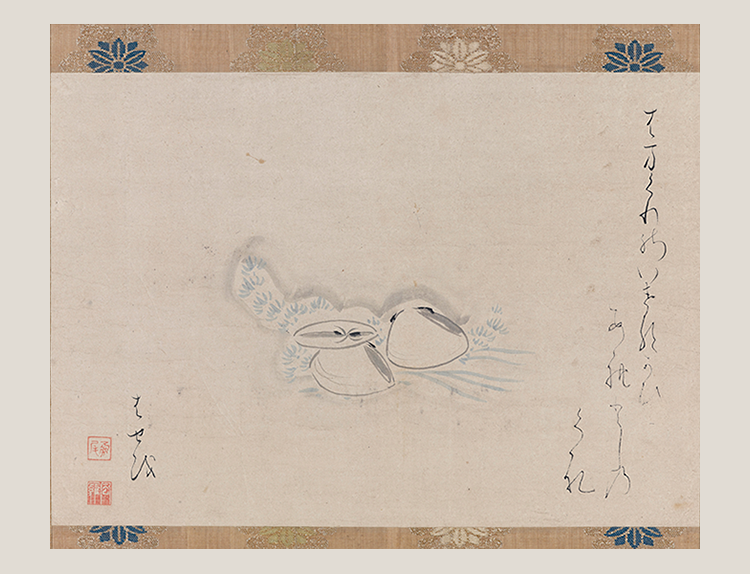 Matsuo Bashō and the Art of the Genroku Era

Matsuo Bashō (1644－94) is a haiku poet active in the first half of the Edo period, born in Ueno, Iga province, who became a master haiku poet in Edo. Through travels to the areas traced in Oku no Hosomichi (Narrow Road to the Deep North) and other later trips in life, Bashō searched for a high literary quality in haiku. His death in Genroku 7 (1694) in Osaka coincides with the time when Genroku culture was just blooming among the townspeople in the kamigata (Kyoto-Osaka) area. This exhibition will display calligraphy and paintings by Bashō, together with artworks by those who admired him, showing the representative arts and crafts of the Genroku era.