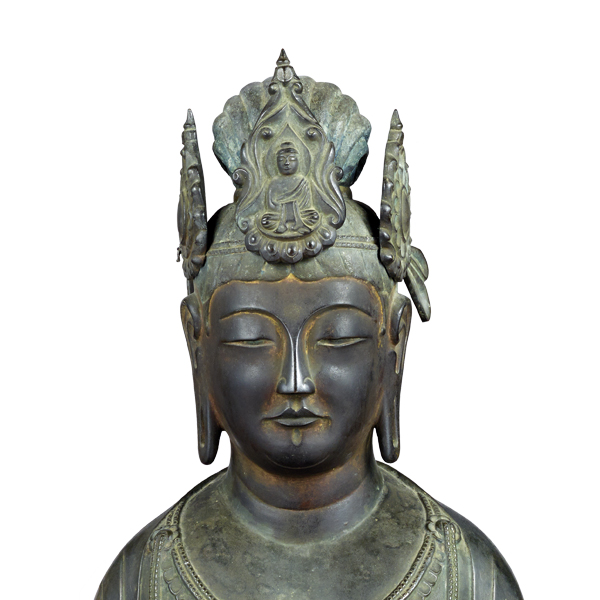 Nara, in the Yamato region of Japan, was the country’s capital from AD 710–784 and the cradle of traditional Japanese culture.

This special display runs in two rooms: the Asahi Shimbun Displays (Room 3) has treasures from Hōryūji, one of Japan’s oldest Buddhist temples, dating between the AD 600s and 700s. The Mitsubishi Corporation Japanese Galleries (Room 93) feature sacred sculptures and paintings from the great temples and shrines of Nara, from the AD 700s to the 1400s.

The Buddhist religion was introduced to Japan from China and Korea in the AD 500s, along with writing and new forms of government, transforming indigenous culture. For most of Japanese history, Buddhism has flourished alongside Shinto, native beliefs in kami (deities of nature and ancestors). In Nara, Shinto kami came to be regarded as emanations and protectors of Buddhist deities.