Objects of Contact
Encounters between Japan and the West

In theory, Japan was a “closed” country to foreign contact from the 1630s until the 1850s, by shogunal edict. In reality, trade prospered through authorized channels. As commerce flourished, so too did cultural exchanges with not only East and Southeast Asia, but also the West. Motivated by the demands of patrons, the availability of new art-making materials and models of inspiration, and their own imaginations, artists created new and sometimes surprising works of art that reflected and engaged their world. These objects reveal a fascinating history of transnational encounter between Japan and the western world over more than three centuries.

The stories told by the several dozen works in Objects of Contact range widely, in media and in subject matter. A pair of gold screens painted in brilliant mineral pigments heralds the earliest arrivals of Portuguese merchants by ship in the late 16th and early 17th century. The patronage of a high-ranking officer in the Dutch East India Company is divulged on the base of an apothecary jar made in Kyushu. Woodblock prints experiment with the conventions of one-point perspective, absorbed by artists looking at European engravings.

This spring and summer, explore how stunning works of Japanese art from the permanent collection embody, and even trouble, points of contact in the cultural dialogue between Japan and the West. 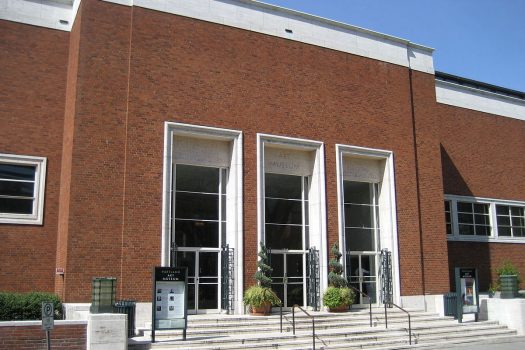