The Thirty-three Pilgrimage Sites of Western Japan refer to thirty-three temples that venerate Kannon, the bodhisattva of compassion, who’s mission it is to save all sentient beings. It is considered the oldest pilgrimage route in the country. A legend dates the route’s origin to 718, when the Buddhist priest Tokudō (n.d.), the founder of Hasedera Temple in Nara, had a vision of Enma, the king of the Buddhist hell. In this, Enma instructed the priest to preach to the people that the devotee could eradicate one’s bad karma and avoid suffering in hell in the afterlife if one would undertake a pilgrimage to the thirty-three sacred sites of Kannon.

The king of hell gave Tokudō thirty-three jewel-shaped seals that would serve as a symbolic pass to attain rebirth in the Western Paradise. It is said that then the priest distributed the seals to thirty-three temples, which became the Thirty-three Pilgrimage Sites of Western Japan. The sacred sites have also become known as “places of the talisman” (fudasho), where the pilgrims would obtain a paper strip stamped with a jewel-shaped seal that contained the Siddhaṃ syllables for Kannon. These paper strips would serve not only as a proof of the religious visit, but would also function as a talisman ensuring that the devotee was now blessed and protected by the power of the bodhisattva.

The pilgrimage route leads across seven prefectures in Western Japan (Wakayama, Osaka, Hyogo, Kyoto, Nara, Shiga, and Gifu) and is nearly 1,000 km long. One-third of the sacred sites are located in Kyoto prefecture, where once the old capital and cultural center of Japan was found. It is thought that it is from there that Kannon worship and the practice of undertaking pilgrimages to sacred sites spread across the country.

This Special Exhibition commemorates the 1300th anniversary of the designation of Thirty-three Pilgrimage Sites of Western Japan. On this occasion and with the route’s special relation to Kyoto, we hope to convey some of its appeal by presenting a wide range of artworks from its thirty-three temples, such a various images of Kannon, to provide a better understanding of its history and practices of religious devotion. 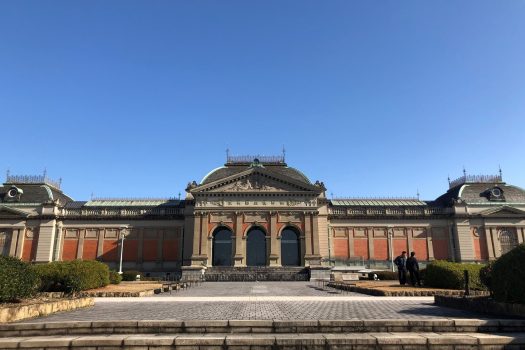