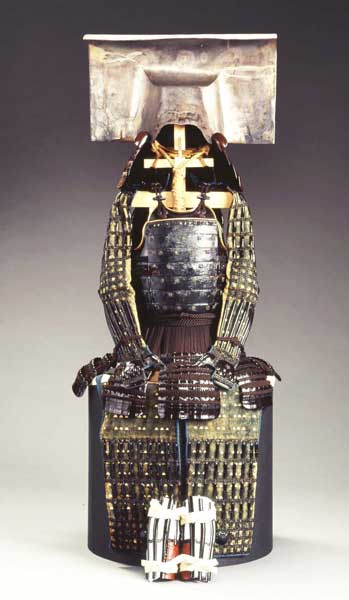 The Exhibition of Samurai: Lineage of the Mononofu’s Esthetics

Samurai (a.k.a. mononofu), the warrior class which emerged into Japanese history during Heian period (794-1185), had stacked up military power and eventually taken over the role of governing the nation from the aristocrats; samurai established the feudalistic shogunate system, which would last for the next 680 years and remain the central component of  Japanese society.  Armor and swords are the symbols of their professional ability to fight — for making them to stand out gloriously in the middle of a battle field and being as the soul and spirit of a warrior.

Traditional Japanese arms and armors, including the ones actually worn by those samurais, had gone beyond the mere “fighting equipments and tools” and become the essence of arts and crafts in each time period, and had been sublimated into the artistic objects reflecting spirituality.  Being the icon of Japanese culture, they are also highly valued overseas.  In the midst of the recent Japanese trend of enthusiasm in history which creates the new terminology such as reki-jo (history loving girls) or tōken joshi (sword maniac girls), Japanese armor and swords have been gathering a great deal of attention both domestically and internationally.

In this exhibition, some 150 magnificent examples of arms and armor and other samurai related things are introduced; they were created between the middle of Heian period (11th century) and Momoyama period (beginning of the 17th century), covering 600 years of the history of samurai from its dawn to its height.  The exhibition presents the whole picture of the historical evolution of armor and swords, which had been shaped and honed for practical purposes needed for use on battlefields.