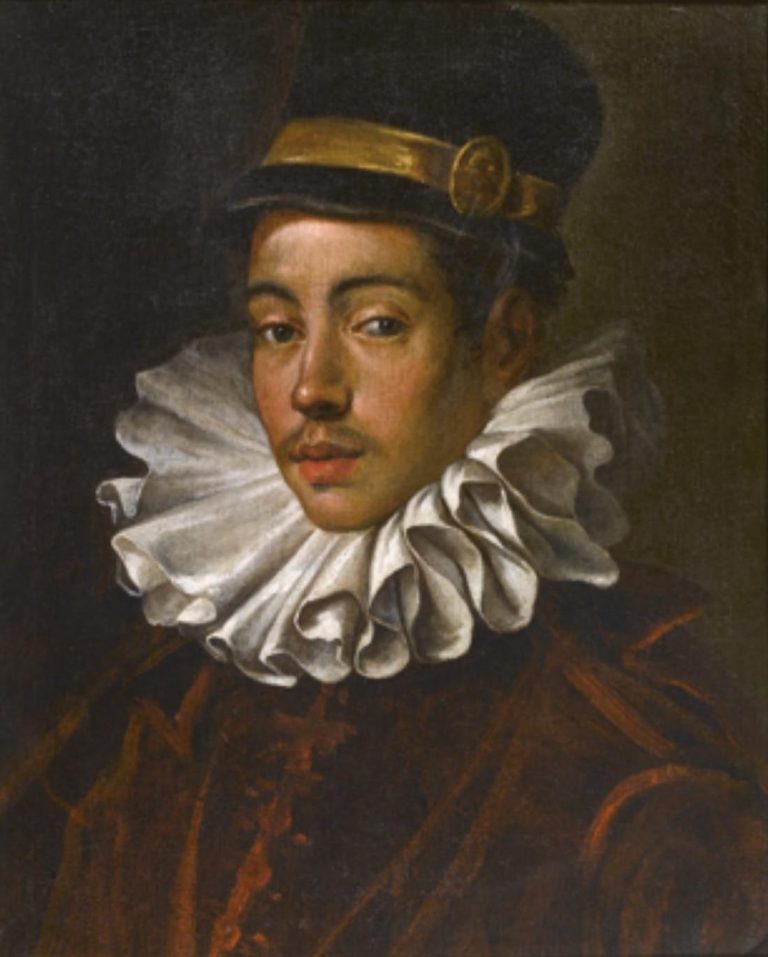 «Quando il Giappone scoprì l’Italia» (When Japan Discovered Italy) develops around some emblematic cases that illustrate the first relationships between Italy and Japan and explores the imagery that began taking shape in both countries in a very important period when Europe opened its gates to the outside world; a phase that many scholars identify as the dawn of globalization.

Underpinning the project is the ambitious goal of describing the historical milestones that paved the way to and distinguished the encounter between these two cultures. The exhibition path is divided in two principal sections and explores Western curiosity toward Japan, the first moments of contact and the different ways of relating between the two countries from 1585 to 1890.

The first section, devoted to “Ito Mancio and the Japanese Embassies 1585 – 1615”, tells of the beginnings of the mutual acquaintance between the two countries dating back to mediation activity carried out by the Jesuit missionaries, whose travels and evangelization of “Cipangu” had a remarkable impact on Japanese society in the 16th century.

This same period witnesses the birth of nanban (southern barbarians) art, namely the handicraft of objects with Japanese techniques and western forms, often of a Christian imprint, of which splendid examples are displayed. In this framework, Alessandro Valignano, who fostered the Jesuit mission in Japan, organized the journey of four Japanese young men converted to Christianity toward the center of the Christian world of the time: Rome and Italy. In this section, the famous portrait of Ito Mancio by Domenico Tintoretto is displayed for the first time in Europe. A second focus is then dedicated to the second Japanese embassy from 1615, which did not cover Milan but nonetheless marked another important step in the relationships between Italy and Japan before the definite closure of Japanese ports and the implementation of an isolation policy (sakoku) from 1641 to 1853.

The second section, entitled “Un Museo giapponese in Lombardia” (A Japanese Museum in Lombardy), is devoted to the collection of Japanese artworks gathered by Count Giovanni Battista Lucini Passalacqua and now owned by MUDEC. It offers visitors a glimpse of the period when Japanese ports were reopened, toward the end of the 19th century, and the subsequent renewed commercial and cultural interest toward this country. In fact, beginning in 1860, also as a consequence of the strong relationships that Lombard silk traders had established with Asia, interest in Oriental culture was growing and the arrival of large quantities of objects and works of art resulted in the establishment of private museums of Japanese art and public exhibits organized as industrial art exhibitions.

The exhibition introduces the interesting figure of Count Lucini Passalacqua, a man from the noble circles of Milan who, in 1871, embarked on a Tour du monde inspired by his friend Ferdinando Meazza, a silk expert and frequent traveler to Asia. During his journey through the Far East, the Count purchased numerous objects and works of art that, upon his return to Italy, he displayed at the “Historical Exhibition of Industrial Art” held in Milan in 1874. The Count then turned his collection into a Japanese Museum that he set up inside his mansion in Moltrasio on Lake Como. The objects collected by Lucini Passalacqua were acquired by the City of Milan in 1898-1899 and ultimately merged into the MUDEC collections. This collection is exhibited today for the first time in its entirety since the opening of the Museum. Over 150 works, including bronzes, textiles, porcelains and lacquers, offer an extensive panorama of the objects that were typically collected during the years that witnessed a strong Italian presence in Japan (1869-1874).